Now the Galileo 4 Mobility project is quickly coming to an end, we spoke to the pilot leaders about their experiences. What is the status of the pilot? What are some of the (preliminary) results? We spoke to CERTH, co-leader of the taxi-sharing demo in Thessaloniki, and to Clem’, who led the e-car sharing service in Paris.

Can you tell us a bit more about the status of the pilot?

The taxi sharing service pilot in Thessaloniki started in May 2019 and was completed in March 2020, so it lasted for 11 months. The pilot was divided in two phases. The first phase (May 2019-3rd January 2020) was the proof of concept pilot period while the second phase (4th January-end of March 2020) was the pre-commercial period.

What were the main results of the pilot? How many people used the service?

What we see is that the time-saving element was the main reason for participating in the pilot, for 75% of the users. This saving of time was mainly due to users not having to find a parking spot – in Thessaloniki it can be time-consuming to find a parking spot when using a personal vehicle. Regarding the main disadvantages of the service 34% of the users stated the cost, 28% the non-dynamic booking of the service and 16% the limited availability of the taxi vehicles.

Finally, 91% of the participants showed interest in using the taxi sharing service after the end of the pilot period, which is great.

What are the next steps of the pilot or the service?

The service is currently paused due to COVID-19 but the GALILEO team in Thessaloniki is following the situation closely, to anticipate on the plans to restart as a commercial service. The taxi-sharing service received very positive feedback: the app was rated an average of 4.8 out of 5 and a survey showed that users are willing to pay €2.00 to €3.50 per trip. This means that the taxi-sharing scheme is sustainable to have in the long run, as there will likely be user-demand ánd funding for it.

A last note: in the post COVID-era the taxi sharing service will be combined with an innovative on-demand solution for disinfecting vehicles’ interior after every usage. The on-demand disinfection system for the taxi will be installed in a taxi rank and consists of using ultraviolet light (254 nm) that kills bacteria and viruses. The taxi drivers will be able to sterilise their vehicle while they are parked and waiting to be hired. The disinfection will be executed by specially trained operators. 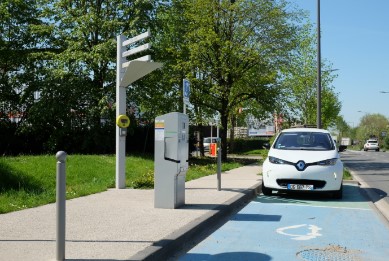 What is the status of the pilot?

The carsharing part of the pilot was part of an existing  project and it is still running for EVs (electric vehicles). Due to difficulties in the developing of the internal geolocation module for the bikes, this part of the pilot was ready to run mid-March but its start was prevented by the ongoing COVID-19 crisis. We have only recently put the bikes on the field to  test the service, after the end of the G4M pilot phase.  We are currently opening them up to the public

What were the main results of the pilot? Did many people use the service?

Since the pilot was implemented, the electric vehicles equipped with Galileo technology have been booked more than 1000 times. The total duration of reservations is close to 7000 hours and 25000 kilometers have been driven by 147 different users.

In addition, the number of users registered to our service in Marne-la-Vallée is around 1950 (but that figure includes users that have been using other vehicles that do not have Galileo technology). This represents an increase of 360 people of the number of registered users since the pilot was put in place. 42 users have subscribed to the service after the pilot started and have used specifically the Galileo equipped vehicles.

What are the next steps of the pilot? Will there be a follow up for example? 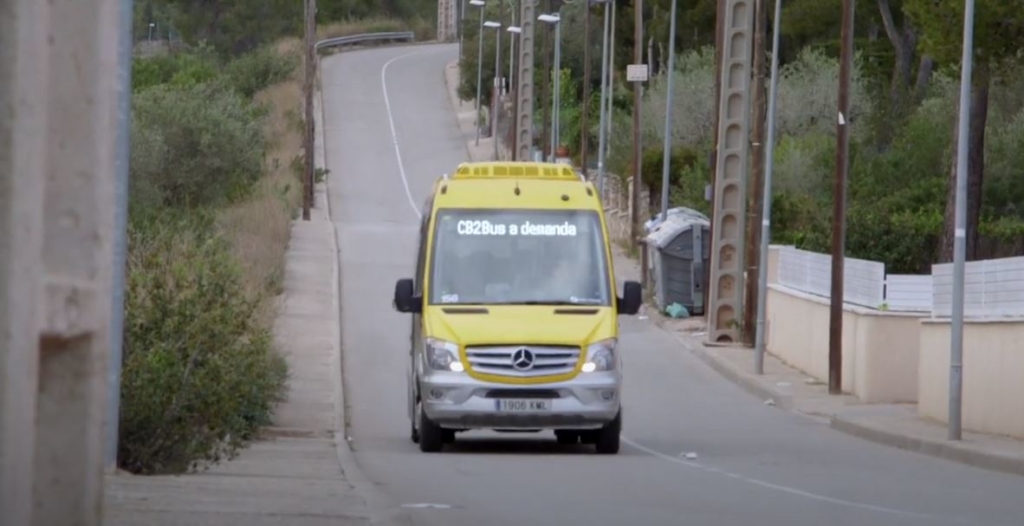 What is the status of the pilot?

The pilot finished on the 30th of April and completed a duration of 64 days. Despite the COVID-19 outbreak, the service kept running and didn’t experience any schedule modifications. Beyond the pilot, and thanks to the fact that the alliance between the bus operator and Pildo Labs was awarded the operation of the bus service in Cervelló through the public tender organised by AMB, the on-demand scheme will be operating for a period of four years in total.

Did many people use the service?

The pilot started on the 26th of February as a new service in the afternoons complementing the regular service of the mornings. It initially registered higher demand levels than expected by the metropolitan authority, but it was soon hit by the lockdown imposed since the 14th of March. Since then, the service has seen very little usage but has slowly recovering over the past couple of weeks.

How did GALILEO technology support the service?

Galileo played an important role in different aspects of the service. For the driver, it provided very reliable real-time positioning data, which contributed in a better perception of the proximity of the next stop and a better execution of the route displayed by the app. For the user, it showed a more accurate real-time position of the bus, which helped speed up pick-up and, once inside the bus, provided a better understanding of the vehicle’s relative position in the route. For the operator, Galileo helped validate the correct execution of the route generated by the on-demand bus platform. This was used to certificate the number of kilometres travelled by the bus, which is essential for the amount of funding that the operator must receive from the public administration. Speaking of kilometres, the on-demand scheme showed reductions of 70-80% in the total number of kilometres covered by the vehicle compared to an equivalent regular bus service.

What are the next steps of the pilot?

The on-demand bus service in Cervelló will keep running only in the afternoons as a complement to the regular bus service for the rest of the year 2020, but will replace it completely from 2021 onwards.

The success of the on-demand bus service as a replacement of the regular bus service in Cervelló is strategically critical for the Metropolitan Area of Barcelona (AMB), which is having its first experience with on-demand schemes, and will determine the transformation of many other inefficient bus services in low density territories in the region.